A secondary dwelling is a self-contained dwelling that:

To generate a BASIX certificate for a secondary dwelling it is necessary to consider whether the secondary dwelling is new works in its own right or if it is an alteration and addition to the existing dwelling. This is usually best determined in consultation with the consent authority (typically the relevant local council) however, the following help note provides general guidance.

Classifying the granny flat or bedsitter on Project type page

The principal dwelling may be existing or a new building that is part of the same development application. Where both the principal and secondary dwellings are new, a BASIX certificate is required that covers both dwellings (all of the new work) and the project should be entered into BASIX in the same way as a dual occupancy (Multi dwelling houses- more than one dwelling on a single lot).

Illustrative examples are provided below. 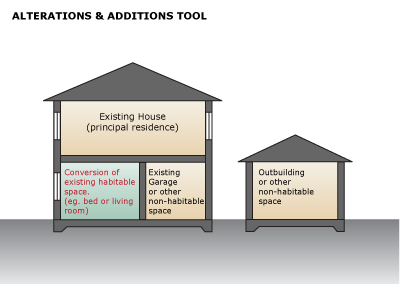 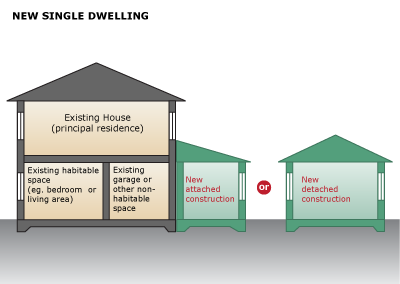 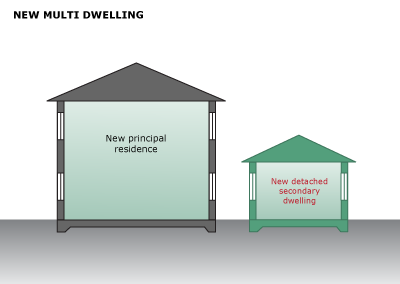